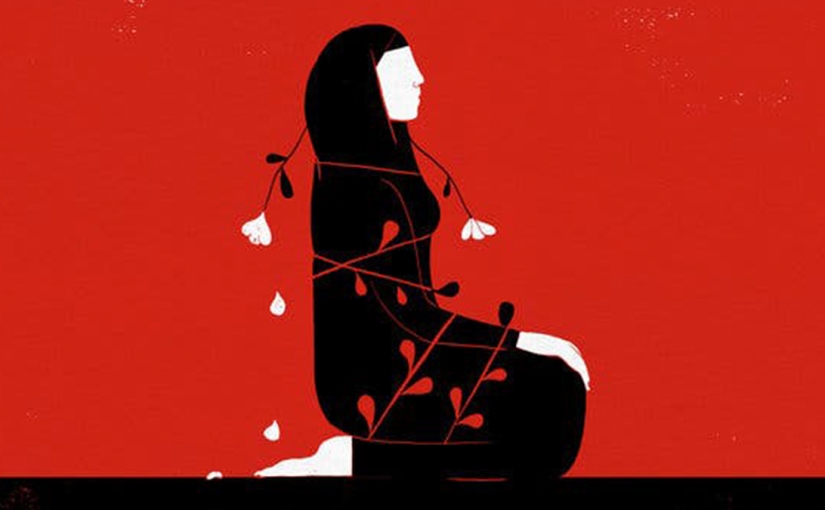 There is a popular joke about the promise of celestial virgins (hoors) for pious Muslim men who make it to heaven—it quips how this promise is not really a reward for the eager men but more of a punishment for the hoors.

Tariq Jameel’s supplications in the government’s fundraising telethon have been controversial for all the wrong reasons. The indignation over his blaming delinquent youth and immodest women for the COVID-19 pandemic or the outrage over his graphic sermons about hoors are misplaced.  Such tropes and imagery have always proliferated in Friday sermons, madrassa teachings, jihadi training and in religious programming and pietist fiction. Plenty of similar content can be found in the historic works of Muslim ethicists too.

The ashrafia feigns offense on the hoor erotica as told by Muslim clerics and stereotypes them as crude, oversexualised and unscholarly. But many of the elite classes themselves practice and consume sexual willfulness (including pornography) covertly and secretively. Prudish middle class morality is only averse to sexual expression when it is part of public discourse, art, or education. Both the conservative and liberal schools of thought privilege men’s sexualities over that of other genders. Only purists on both sides agree that women must not be reduced to or objectified as sexual fantasies. Instead, ideological purists invisibilize the female body under the pretext of protection.

According to traditional Muslim ethical and spiritual teachings, women are considered to possess weak nafses and their physical desires are either neglected or require taming. Meanwhile, the material reality is that Islamic laws regulate Pakistanis’ sexual conduct with a special focus on policing women. While there are some compensatory rights for women in these philosophical and legal fields, these are not equally compelling or compellingly equal.

There are no advocates for Muslim women’s sexual equality and male (and female) clerics continue to privilege Muslim men’s sexualities as the norm. Correcting this inequality is a political project and difficult in a brutally patriarchal and sharply gender-segregated society that puts premium on, or fetishizes, the sexual purity and haya of women as some social cure for imagined moral viruses. With no alternative register for computing women’s sexual desires, promises or problems, which standard can underwrite sexual equality in Pakistan?

Somewhere along the historic path and capitalist advancement, Muslim marriage became disconnected from sexual pleasure and reduced to a procreative arrangement. Over decades, the matrimonial sections of our newspapers reveal that the ideal marriageable woman is a lesser or human version of a hoor—fair-skinned, beautiful, simple, obedient, pious, educated, yet modest or wrapped in veil. A foreign passport is a useful asset, too.

While the matrimonials describe the good wife in urban and domestic terms, the heavenly hoor in popular sermons is imagined as curiously antithetical to the Muslim wife—post-human, permanently libidinous, tantalizingly made up, fashionably semi-clothed, a mute sex siren (presumably infertile because child-care is not a responsibility to be repeated in paradise). This split in hoor/wife expectations is a perverse replication of the Madonna/whore dichotomy said to define expectations of femininity in traditionally Christian societies.

The real crisis, however, is not clerics reifying female sexuality through the hoor promise—it is quite common to explain abstractions in material or physical terms: pleasure, love, labour and freedoms are notions that are routinely reified in societies and materialised by capitalism, to the point of becoming fetishized. Any lofty objections to the hoor ideal will mean challenging the spiritual and sexual privileges assured to Muslim men in the Islamic gendered order. Clerics like Jameel are simply the gatekeepers who guard against such theft.

It may be a valuable project to trace the historic overlaps and consequential disconnect between Muslim sexuality and marriage or even same-sex desire, but this will not fix the unequal social or power relations between genders. It would also be self-defeating to get into a debate that attempts to rationalize a divine fantasy or plays the male hoor card. Efforts to level the field are also exploited by many leftist and liberal men who equate sexual liberation with the ‘freedom’ for women to provide men casual sexual gratification.

Instead, the required task is to recover and support Muslim women’s sexuality as valid on its own terms and to cultivate a vocabulary for a worldly discussion on how sexual inequalities define social and power relations in Pakistan. Muslim women need to rewrite and represent female desire—not for sacrificial, pious purposes or as moral medicine but for their bodily autonomy, rights and pleasure. The hoor fantasy, otherwise, will linger as a sexualized, passive, Muslim feminine ideal, in contrast to women who will only be valued as pious versions with no sexual agency of their own and whose prime purpose will be to serve men and index the virtues of an entire society.

Afiya Shehrbano Zia is the author of Faith and Feminism in Pakistan (SAP, UK; Folio, Lahore, 2018).